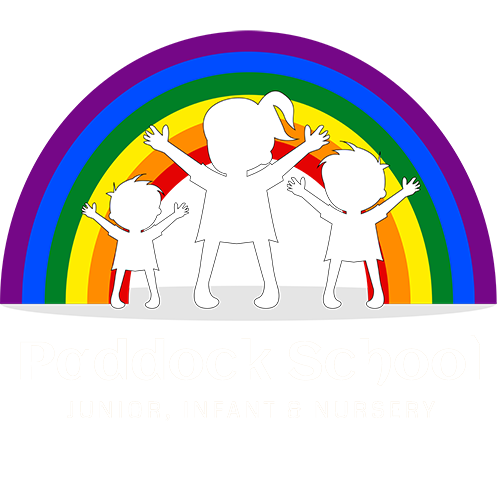 Paddock are based in Huddesfield, West Yorkshire and cater for children between the ages of 2-11 years old. They aim to create a happy and caring atmosphere which welcomes and supports all pupils, parents, staff and visitors.

We were initially asked to provide unique drone footage of the school and its grounds for their new website.

During the project we identified a need for their school badge to be modernised to reflect the modern, creative and exciting style of the school and informational materials . to better portray this to parents of prospective pupils.

It was important that the new school badge maintained an element of continuity to the original so as to allow a gradual transition from old to new.

This was particularly important in helping children feel less isolated if they were wearing a school jumper with the old badge. We also believed it was important the pupils, parents, as well as teachers and staff had an input into which of the concept designs we put forward to create a feeling of ownership and affinity.

When designing the new school prospectus, it was important that we considered the needs of the local community and in particular the fact that many parents whose children attend the school do not have English as their first language. This meant the content could not be text heavy, but must still contain important information they would need to make an informed decision about the school. We also wanted the style and imagery to properly reflect the staffs modern and creative approach to education.

You will see from the comparison image that the logo bears a good similarity to the original but with a modern twist.

The school already had some lovely imagery of the children and school which we were able to use  In the prospectus to save incurring additional expense. This allowed us to produce a clean, bright and aesthetically pleasing brochure for the parents. Key information was highlighted using those colours to Draw attention to the facts, With additional information being present but not in an over facing manner.

With the new logo and drone footage we were also able to create social media graphics and a more structured brand style which the school have been able to use going forward. This has allowed them to present a more professional and befitting visual image both online and in the physical form.

This website uses cookies to improve your experience while you navigate through the website. Out of these cookies, the cookies that are categorized as necessary are stored on your browser as they are essential for the working of basic functionalities of the website. We also use third-party cookies that help us analyze and understand how you use this website. These cookies will be stored in your browser only with your consent. You also have the option to opt-out of these cookies. But opting out of some of these cookies may have an effect on your browsing experience.
Necessary Always Enabled
Necessary cookies are absolutely essential for the website to function properly. This category only includes cookies that ensures basic functionalities and security features of the website. These cookies do not store any personal information.
Non-necessary
Any cookies that may not be particularly necessary for the website to function and is used specifically to collect user personal data via analytics, ads, other embedded contents are termed as non-necessary cookies. It is mandatory to procure user consent prior to running these cookies on your website.
SAVE & ACCEPT
Go to Top